Unlimited Hosting can be Bad for your Business 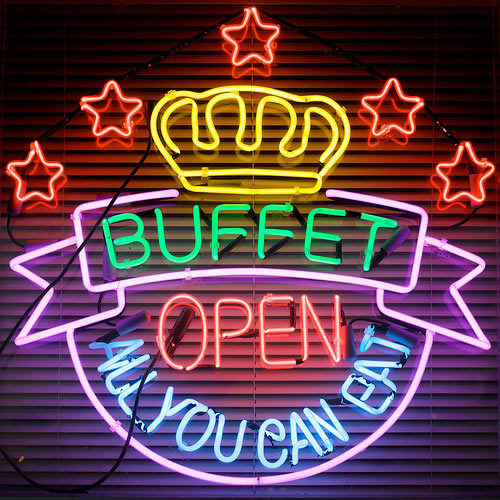 What is ‘unlimited hosting’?

Firstly, though, let me explain what I mean by unlimited web hosting. Until a couple of years ago, if you bought a web hosting package in order to host your blog or your website, then that service would have certain limitations. Typically, you would have a limit on the number of domains you could link to it, and also a limit on the disk space and monthly data traffic associated with that account. As a result, with the typical starter package you could host a few websites that were small in size and had relatively low traffic, or one that was bigger or more popular. It tended to be pretty easy to outgrow the base package and need to spend more on hosting, gaining more disk space, more bandwidth and perhaps more domains (useful if you like registering domains to use as ‘landing pages’.

But then companies, Hostgator being a prime example, started offering ‘unlimited’ packages. Sign up for a hosting account and they will let you use as much space as you like, and as much bandwidth too. There still tends to be other restrictions (e.g. number of domains) but in theory you can use as much disk space and bandwidth as you like.

How can hosting companies afford to offer unlimited hosting?

The approach is very similar to ‘All You Can Eat’ buffets at restaurants, and it works something like this….

Up to a point, yes. but hopefully you’re already seeing where some of the issues might lie. Before we look at them in a bit more detail, though, I need to briefly explain the different types of web hosting.

Whilst there are some fundamental differences between Linux and Windows-based web hosting, as far as the above are concerned they are pretty much equivalent.

Getting serious about hosting

“This is all very well”, you say, “but what does it have to do with unlimited hosting?”

The point is, if you have a look around at companies offering unlimited hosting, you’ll discover that they only do so on their Shared Server accounts. Yup, the only accounts that do not protect you from resource ‘leakage’ – whether due to popular sites or rouge processes. Let me spell it out, if one hosting account on a Shared Server is causing the server to be hammered, all the other accounts on the server will suffer.

Now ask yourself who will be attracted to an unlimited plan? Amongst the many who just like the concept of being able to use masses of disk space or bandwidth, there will be a few who fully expect to do so, but are too cheap to pay for a VPS or dedicated server.

Of course, the hosting companies protect themselves by having terms of service that try to weed out those most likely to bring a shared server to its knees. So, taking the aforementioned Hostgator as an example, you are not allowed to do the following (amongst many others):

Just in case you think of some other way in which you can really utilise the unlimited disk and bandwidth, the terms also state that your account will be closed if you have more than 250,000 files, or use over 25% of system resources for more than 90 seconds. There are other restrictions too, it’s fascinating reading if you like that sort of thing.

That’s not all. Just in case you still think an unlimited hosting account is a good idea, check out the backup policy. A single backup, replaced on a weekly basis, is not unusual for these accounts…which considering the potential impact of a website failure or malware infection means that the onus is back on you to ensure that you have a good enough backup policy. There is where you can realise that having masses of bandwidth at the web host is no good if you are trying to squeeze a multi-gigabyte backup down your broadband so you can store it locally! Oh, and chances are that if you use too much of that lovely free disk space, the host will refuse to back it up at all!

You get what you pay for

In conclusion, Four Lakes will continue to offer hosting packages that do have disk space and bandwidth limits. Because I do that, I can make sure that your site is protected from rogue accounts on the same server; the contents are backed up regularly and multiple backups are retained; and as long as you’re not doing anything illegal or immoral, you will be safe from having your hosting account arbitrarily cancelled.

Surely that peace of mind is worth an extra couple of quid a month?