Is VoIP still a good choice? 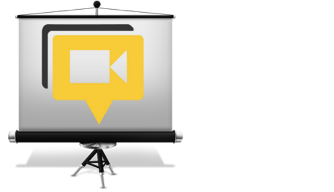 Since the beginning of this year I have been running a regular Google+ Hangout (a video chat session for up to 10 people) as a type of online business networking service. It started of being called Coffee and Tech, but was often confused with another regular hangout called Tech & Coffee so I changed the name to The Business Hangout. There’s a lot more information about it on the Google+ page or the website. If you’re free at 10am (UK time) on Monday’s then do feel free to join in.

The reason I mention this is because occasionally I take inspiration from my blog when deciding what the topic of discussion for The Business Hangout is going to be. But this week I reckon its worth reversing that, and blogging about a recent hangout where we discussed VoIP. The nub of the discussion revolved around asking if the negation of tradition reason for choosing VoIP, cheap calls, means that VoIP is no longer the right choice for businesses looking for a telephony solution.

Joining the discussion were two people with a lot of expertise in this area, Randy Resnick and Jason Bordujenko. If you want to watch the recording in full then it’s at the bottom of this page.

No so long ago, the choice used to be between telcos (telephone companies) who ran calls as analogue, or  later digital, signals over copper wires, and VoIP, which converted the audio to data signals and then routed it over a data network. VoIP was cheaper because the data network was already in place (for internet access, WAN’s, etc) and voice was just another service on top of that.

For some time now, the telcos have been slowly converting their networks (at least from the exchange on) to data networks. This has allowed them to easily run data services (e.g. xDSL) over the existing copper line infrastructure, although it seems that it took a serious threat to their call charge income from VoIP services for those cost savings to filter down to consumers.

There has also been a recent move towards bundled call packages – at least in the UK. Thus, for a fixed price, you can often have unlimited calls (normally local and national only). Again, this started off as a model within the VoIP business model which has been copied by the telcos.

The upshot of all this is that there is little to choose between VoIP and telco call charges.

However, the one area that hasn’t been significantly discounted by the telcos, at least not yet, is the cost of renting lines. It’s still the case for SME’s that, in order to have the facility to run x number of phone calls at the same time, they will need x number of telephone lines. In the world of VoIP, it’s perfectly feasible for one telephony line to be capable of hosting 10+ concurrent VoIP calls.

So if you have a need for multiple concurrent calls, there is still the opportunity to  save money through going down the VoIP route. And the great thing is it is an ongoing saving…every month/quarter you are reducing your expenditure.

Which flavour of VoIP?

So if you’ve decided to explore a VoIP solution, what are your options?

It’s the major player in the consumer market, and has made inroads into the business market too. If you are a very small business then it may be plenty for your needs, even though it lacks some of the PBX-type features (IVR, etc) than might help your business project a bigger and more professional image.

SIP is the most widespread standard for VoIP traffic, and can be utilised by all modern, VoIP-capable phone systems. Different systems have slightly different feature sets, but even relative cheap ones such as those based on the open source Asterisk telephony engine will include Voicemail, IVR, Conference Calls, and much more.

Within the SIP offer, you can have services such as those offered as a package by ISPs (i.e. you connect a single SIP handset to their VoIP account), a hosted PBX (where you connect a number of handsets to a PBX hosted elsewhere), or an on-site PBX.

Each has their own advantages, and your situation will determine what’s best for you. But the important point to remember is that a VoIP-based solution will tend to give you a better feature set than a traditional system.

The hangout covered some other related (and some not-so-related) aspects of VoIP. Have a look and feel free to join a future hangout.

This website uses cookies to improve your experience while you navigate through the website. Out of these, the cookies that are categorized as necessary are stored on your browser as they are essential for the working of basic functionalities of the website. We also use third-party cookies that help us analyze and understand how you use this website. These cookies will be stored in your browser only with your consent. You also have the option to opt-out of these cookies. But opting out of some of these cookies may affect your browsing experience.
Necessary Always Enabled

Any cookies that may not be particularly necessary for the website to function and is used specifically to collect user personal data via analytics, ads, other embedded contents are termed as non-necessary cookies. It is mandatory to procure user consent prior to running these cookies on your website.